1Judge Mazzarelli's term on the Commission will end upon her retirement from judicial office on December 31, 2022.

The current members of the Commission and their terms of office are listed above.

The Commission elects a Chair and a Vice Chair from among its members for renewable two-year terms, and appoints an Administrator who shall be a member of the New York State bar who is not a judge or retired judge.  The Administrator appoints and directs the agency staff.  The Commission also has a Clerk who plays no role in the investigation or litigation of complaints but assists the Commission in its consideration of formal charges, preparation of determinations and related matters.

Chair of the Commission Joseph W. Belluck, Esq., Chair of the Commission, graduated magna cum laude from the SUNY-Buffalo School of Law in 1994, where he served as Articles Editor of the Buffalo Law Review and where he is an adjunct lecturer on mass torts.  He is a partner in the Manhattan law firm of Belluck & Fox, LLP, which focuses on asbestos and serious injury litigation. Mr. Belluck previously served as counsel to the New York State Attorney General, representing the State of New York in its litigation against the tobacco industry, as a judicial law clerk for Justice Lloyd Doggett of the Texas Supreme Court, as staff attorney for Public Citizen in Washington, D.C., and as Director of Attorney Services for Trial Lawyers Care, an organization dedicated to providing free legal assistance to victims of the September 11, 2001 terrorist attacks.

Mr. Belluck has lectured frequently on asbestos, product liability, tort law and tobacco control policy.  He is an active member of several bar associations, including the New York State Trial Lawyers Association and was a recipient of the New York State Bar Association’s Legal Ethics Award. He is also a member of the SUNY Board of Trustees and sits on the board of several not-for-profit organizations. Graham B. Seiter, Esq., is a graduate of Saint Lawrence University and Syracuse University College of Law. Mr. Seiter is an attorney in private practice with an office in Oswego County. His law practice includes family law, criminal defense, real estate, estate planning and business formation. He has also served as the Town Attorney to the Town of Richland, New York, since 2019. Mr. Seiter began his career with the law firm Caraccioli & Associates, PLLC. He is currently the president of the Oswego County Bar Association. 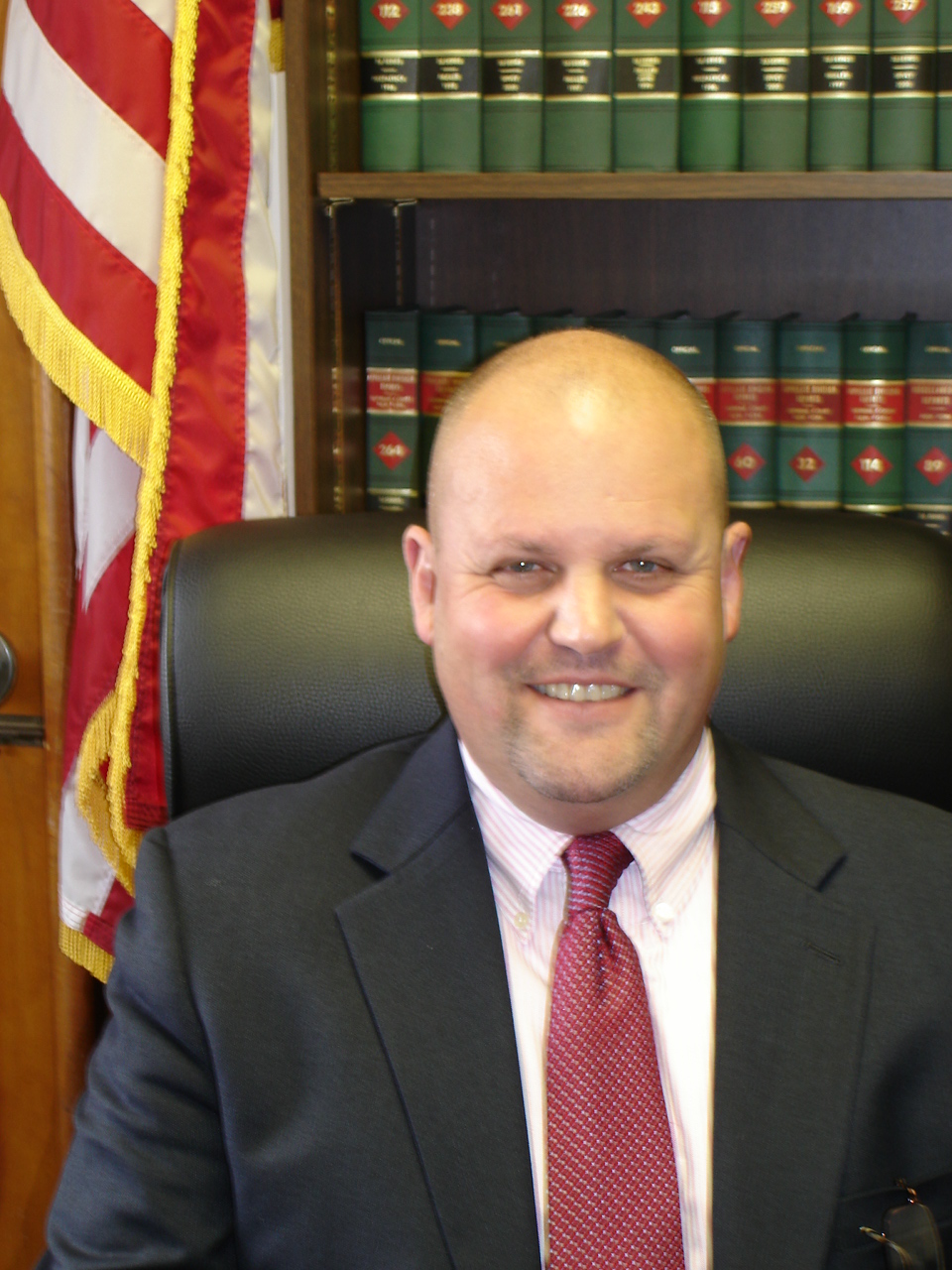 Honorable Fernando M. Camacho is a graduate of Columbia College and Fordham University School of Law. He previously served as judge of the New York City Criminal Court from 1997 to 2008 and as Administrative Judge for Criminal Matters, 11th Judicial District from 2008 to 2012. Justice Camacho was appointed to the Court of Claims in 2009 and has served as an Acting Justice of the Supreme Court, Suffolk County, since 2013. Justice Camacho began his career in the Manhattan District Attorney’s Office, where he served from 1985 until 1995 when he left to work in private practice. Jodie Corngold graduated from Swarthmore College. In her professional life she was responsible for all print and website communications for several nonprofit organizations, including a synagogue and a college preparatory school in Brooklyn. She is an ESL tutor and sits on several committees of the Brooklyn Public Library. Ms. Corngold is a marathon runner and is engaged in a variety of activities associated with her alma mater. Vice Chair of the Commission Taa Grays, Esq., Vice Chair of the Commission, is a graduate of Harvard University, cum laude, and Georgetown University Law Center. She is Vice President & Associate General Counsel for Information Governance at MetLife, Inc., having served in other senior positions at MetLife since 2003. Prior to MetLife, she previously served as an Assistant District Attorney in the Bronx from 1997 - 2003. Ms. Grays is the Secretary of the New York State Bar Association, is on the New York Law Journal Board of Editors and has served as President of the Metropolitan Black Bar Association, the Network of Bar Leaders and the Association of Black Women. She has received numerous awards and recognition for her leadership in bar and diversity endeavors.

Honorable Angela M. Mazzarelli is a graduate of Brandeis University and the Columbia University School of Law, where she was a teaching fellow in property law. In 1985, she was elected to the Civil Court of the City of New York and was assigned to sit in the Criminal Court, where she sat until 1988, when she was designated as an Acting Supreme Court Justice. She has served as an elected Supreme Court Justice since 1992. She presently serves as a Justice of the Appellate Division, First Department, having been appointed in 1994. Prior to her judicial career, Justice Mazzarelli served as a Bronx Legal Services lawyer, as a Law Assistant in the Civil Term of the Supreme Court in Manhattan, and later as a Principal Law Clerk to a state Supreme Court Justice. She also was a partner in the law firm Wresien & Mazzarelli, specializing in civil litigation. Justice Mazzarelli is a member of the New York State Commission on Forensic Science and is the former Chair of the Executive Committee of the Board of Trustees of the Practising Law Institute. She serves as a member of the Board of Directors of the National Organization of Italian American Women and was a member and co-vice Chair of the New York Pattern Jury Instructions Committee for over ten years. Honorable Robert J. Miller is a graduate of Brooklyn College and the Georgetown University Law Center. In 2007, he was elected to the Supreme Court, Second Judicial District, and in 2010 he was appointed to the Appellate Division, Second Department. Prior to his judicial career Justice Miller was a partner in several law firms, including Reed Smith and Parker Duryee Rosoff & Haft. Justice Miller is a frequent lecturer at a variety of Continuing Legal Education programs and has long been active in various civic and bar associations endeavors. Justice Miller is the Chair of the New York State Ethics Commission and is a member of the New York State-Federal Judicial Council. Marvin Ray Raskin, Esq., is a graduate of New York Law School, where he served as Editor-in-Chief of the law school publication Equitas. He has maintained a private practice in the Bronx since 1977 and has an office in Yorktown Heights. Mr. Raskin previously served as an assistant district attorney in the Bronx. He has been a member of the Bronx County Bar Association for over 40 years, was elected president in 1994, and since 1996 has been Chair of its Criminal Courts Committee. Mr. Raskin served on the New York City Mayor’s Advisory Committee on the Judiciary, 2007-2017, under Mayors Bloomberg and DiBlasio. He is presently the Vice-Chair of the Central Screening Committee, Assigned Counsel Plan, for the Appellate Division, First Department. Among his professional awards are the New York County Lawyers Pro Bono Award for free legal services rendered to the Courts and the Public, The New York Law Journal award for Attorney's Who Lead by Example, and the President's Award for Extraordinary Service Award by the Bronx County Bar Association. Mr. Raskin regularly lectures on criminal law and procedure and legal ethics in the metropolitan area and has been an Adjunct Assistant Professor at the Herbert H. Lehman College of the City University of New York. Ronald J. Rosenberg, Esq., is a graduate of Hofstra University and St. John’s University School of Law. He is a senior partner with the Garden City firm of Rosenberg Calica & Birney LLP. His practice includes commercial, business, real estate, land use and municipal litigations and transactions and business entity formation and litigation. Mr. Rosenberg began his career as an associate with a Manhattan law firm and later started his own firm, the Law Offices of Ronald J. Rosenberg. He previously served as Chair of the Banking Committee and as a member of the Judiciary Committee of the Nassau County Bar Association. He has been a member of the Florida Bar since 1979. He has also been appointed by various Supreme Court Justices to serve as a Special Referee, Referee, and Receiver. Mr. Rosenberg is a featured columnist in the Long Island Business News and has appeared on television as a legal commentator on various news shows including “Good Day, New York.” Akosua Garcia Yeboah received her B.A. from the State University of New York at New Paltz and holds a Master of Science degree in Urban Planning and Environmental Studies from Rensselaer Polytechnic Institute. She is a former Senior Information Technology Project Manager for the City of Albany. She previously worked for the IBM Corporation as a Systems Engineer and I.T. Consultant. Ms. Yeboah is a former member of the Attorney Grievance Committee of the Appellate Division, Third Department. She also served as a member of the Commission on Statewide Attorney Discipline. Ms. Yeboah served two terms on the Albany Citizen’s Police Review Board as a Board member and as Secretary of the Board. She was also a member of the Advisory Board of the Center for Women in Government & Civil Society, and Chair of the Advisory Board of the New York State Office of the Advocate for Persons with Disabilities.